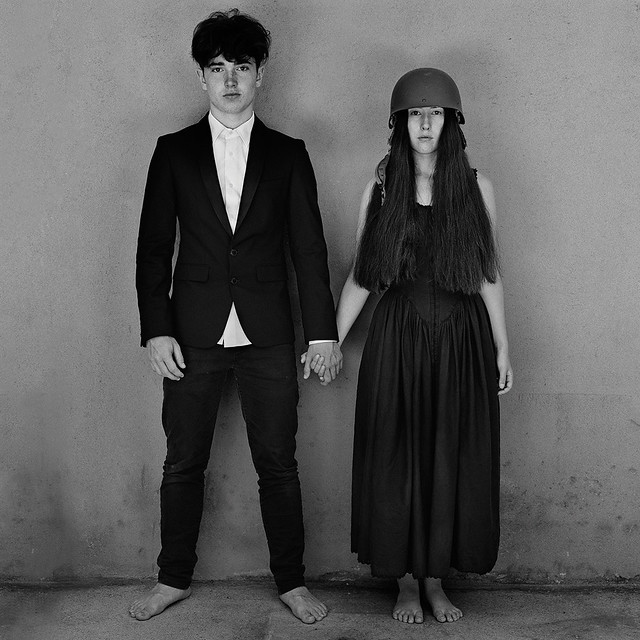 U2 Album Review: Songs of Experience

Love, Rock and the Problem with the New U2
Greg Clarke

On first listen, I thought it was Duran Duran. Then Hillsong. And just a smidge of Taylor Swift. The slick production, the musical phrasing, the mawkishness, and the high emotion. I was repelled before I was attracted.

But I’ve sat with the new U2 album since it was released, just to see if I’d keep coming back to it. And I have. I played it during a particularly intense work strategy session when I needed to see above the clouds. I wallowed in the opening track in a despairing moment in the car. I found myself shouting a few of the choruses for no apparent reason. It’s seeping in.

And that’s what U2 is for me—musical worldview therapy. Bono looks at the world, looks at himself, looks up into the heavens, and then sings at you. He’s like an aggressive counsellor, challenging you to stop pretending, and to remember your first loves. No one does that like U2, at least for this Christian middle-aged white bloke.

Ironically, the turning point was when I read the liner notes in the CD. Yes, I bought the CD. I heard it first on Spotify, but being of a certain age I didn’t feel like I ‘possessed’ it until l had the CD in my hands and was reading the lyrics (vinyl is now too hipster to feel real, I regret to say).

In the liner notes Bono does something unusual—he ‘explains’ his songs. Usually, the music speaks for itself, but this is a memoir-style work. It’s personal, introspective and self-referential to the point of using samples of U2’s previous lyrics and music. But the liner notes reminded me of what is going on with a U2 album. It’s always a prayer; it’s always a hymn; and it’s always a lament. It is religion for the non-kneelers, God from street view, Jesus as a boxing coach.

If anyone is still wondering whether you can find the Christian message in a U2 song, stop trying. You obviously don’t get it. For nearly 40 years they have been unravelling the gospel in public, twisting and turning themselves around it, begging Jesus to be who he claims to be in Scripture. From the early youth-group style anthems and psalms (think ‘Gloria’ and ’40’) through to this album, the sea in which they swim is the Christian faith. They just do so in a way that gives everyone a chance to ride the waves, drown a bit, then resurface and try to keep afloat. I love it.

‘Love is All We Have Left’ is the Hillsong moment. This beautiful melody opens the album, but it feels like a natural closer. U2 deliberately placed it first as Bono pointed out in his liner notes: “You start at the end”. Love remains. Love will be there at the end. Choose love.

‘The Blackout’ is the Duran Duran moment. It’s pop apocalypse, a jaunty list of extinction events suggesting that “When the lights go out, throw yourself about/ In the darkness where we learn to see”.

‘American Soul’ revisits a popular theme of Bono’s, that the idea of America has been lost. It’s about ‘Refu-Jesus’, which may or may not be a nod to the song with that name by hip-hop group, ARTificial Christian. It must be amazing in an American stadium, as Bono urges the throng to ‘be’ rock and roll. They’re going to have to work out how.

‘Get Out of Your Own Way’ is the Taylor Swift moment (sorry, but there’s something in the chorus that brings it to mind: “I can help you, but it’s your fight, your fight”). It’s a catchy track trying to ‘pop’ a bit of activism into the listener as she dances.

‘Summer of Love’ reflects in a strangely mild manner on the horrors of Syria (the ‘West Coast’). ‘In the rubble of Aleppo/Flowers blooming in the shadows/For a summer of love’ is a softer croon than ‘See the bird with a leaf in her mouth/After the flood all the colours came out’ from ‘Beautiful Day’. Both are calls for hope in recovery, but ‘Summer of Love’ seems less compelling.

There’s plenty to enjoy in the baker’s dozen of tracks on the CD (there are extras all over the web and in the various formats). I’m still coming back to songs I’ve ignored or disliked on first listen. Did I mention I’m a fan?

But I do feel the album isn’t angry enough. American Soul has some grunt, but it’s not Sunday Bloody Sunday or Bullet the Blue Sky. The themes of protest are there, but love really is winning in U2’s hearts. And the love seems to be somewhat resolved, settled, requited. And that’s hard to rock.

Much of the earlier album, Songs of Innocence, was in fact about experience: of Irish terrorism, of the untimely death of Bono’s mother, of miraculous conversion. This follow-up album feels more like a Songs of Second Innocence, such is its sense of resolve and satisfaction.

It is telling that the most brutal, challenging section of lyrics on this album are sung by a guest. Kendrick Lamar sings guest vocals at the close of one song and the beginning of another. These make a startling riff on Jesus’ Beatitudes from Matthew’s Gospel and are worth quoting:

Blessed are the arrogant, for theirs is the kingdom of their own company.

Blessed are the superstars, for the magnificence in their light we understand better our own insignificance.

Blessed are the filthy rich, for you can only truly own what you give away like your pain.

Blessed are the bullies, for one day they will have to stand up to themselves.

Blessed are the liars, for the truth can be awkward…

Blessed are the bullies

For one day they will have to stand up to themselves

Blessed are the liars

For the truth can be awkward

Perhaps this new ‘sermon’ is an extension of Bono’s lyric on ‘City of Blinding Lights’, with its wonderful final line, “Blessings not just to the ones who kneel, luckily”. This general grace is a hallmark of U2’s theological expressions.

I find myself pondering Lamar’s incredible twist on the biblical teaching more than any other lyric on the album. Have U2 reached a point where they need to outsource the innovation and insight? Have they relaxed into grace? It wouldn’t surprise me, since the Christian view of life does tend to generate both contentment and the urgent quest for justice and mercy, each at the same time.

Approaching their 60s, have these rockers found themselves leaning into contentment? After all, they are songs of experience. In the liner notes, Bono quotes poet Brendan Kenelly telling him, “If you really want to get to where the writing lives, write as if you are dead”. It’s great advice; but death for Christians means trusting in God, confident in resurrection, longings fulfilled, spiritual peace. That’s not very rock and roll.

But I’m a fan, so my stance is always to go with U2. With this album, I feel they have chosen love, joy, peace, patience, kindness and the rest of the Spirit’s fruit. It’s a protest without sounding much like one. It’s simple reminiscence and reminders (even repeats of their own music and lyrics!). It’s a bit like being in youth group with your older brothers.

This is an album about love, Jesus and changing the world. It’s about America, injustice, hope and hanging on to yourself. It’s not much new for U2; in fact, it’s deliberately nostalgic. I hope it’s not the end of the story for them, but I feel it might well round off one era and introduce the next. I’m happy to swim out past that headland with my brothers.

Greg Clarke originally posted his review here and has kindly shared it with the U2 Conference.