By calhouns on April 11, 2018 in Speaking Event / Presentation 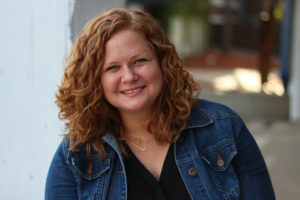 Panel Talk Title: A Bogus Brand: The Popular and UnPOPular Iconography of U2 Fan Tattoos

Beth Nabi is an associate professor of graphic design and digital media at the University of North Florida in Jacksonville, Fla. She earned her bachelor’s degree in English from the University of Florida and her master’s degree in graphic design from the Savannah College of Art and Design. As a graphic design educator, she specializes in publication design, graphic design history and design for social good. A 26-year fan of U2, Nabi studies the bands’s visual identities, marketing and branding, and has presented her research on these topics at several academic conferences. Her research on U2’s visual history led her to create the U2 Tattoo Project in 2015, an ongoing international study and curation of U2 fan tattoos. She has traveled to 10 countries and documented more than 300 fans in person, with another 300 online submissions from U2 fans all over the world. In August 2016, the U2 Tattoo Project’s first exhibit, “Ink, Icons, Identity: Exploring U2’s Brand Through Fan Tattoos,” opened at the UNF Gallery of Art in Jacksonville. It showcased bodily markings in the context of related U2 artifacts; presented the compelling personal stories behind the tattooed logos, symbols and lyrics; and explored the dynamic relationship between fan and band as U2’s visual identity passes into the hands and onto the bodies of fans. As part of a celebration for the band’s 40th anniversary, the Project exhibited at the Rock and Roll Hall of Fame in September 2016, presenting a chronological narrative of the band’s four decades through fan tattoos. 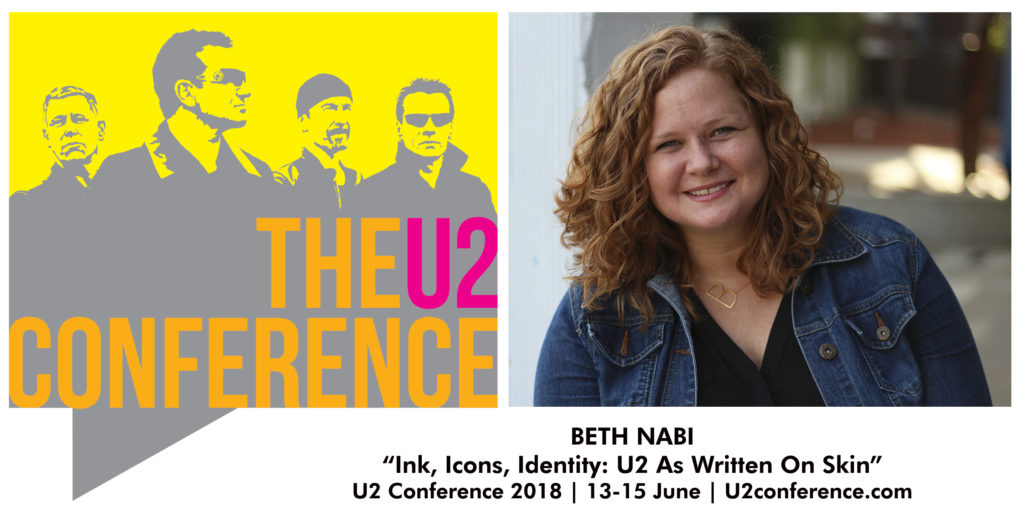 Excerpts From “Introduction: U2’s Sacrament of Sound,” Scott Calhoun
Shaughn McGrath and Steve Averill: “Pop in the Age of Experience,” at the U2 Conference 2018