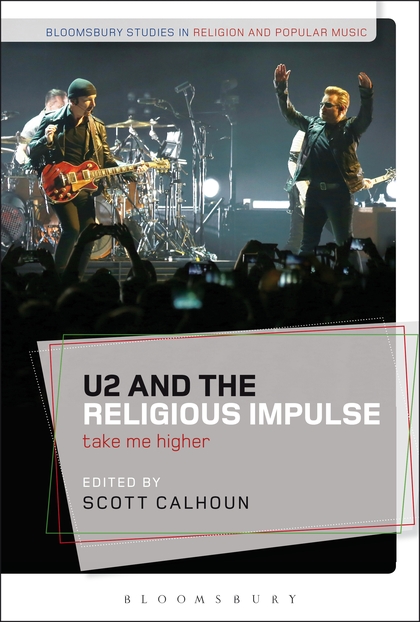 U2 and the Religious Impulse examines indications in U2’s music and performances that the band work at conscious and subconscious levels as artists who focus on matters of the spirit, religious traditions, and a life guided by both belief and doubt.

U2 is known for a career of stirring songs, landmark performances and for its interest in connecting with fans to reach a higher power to accomplish greater purposes. Its success as a rock band is unparalleled in the history of rock ‘n’ roll’s greatest acts. In addition to all the thrills one would expect from entertainers at this level, U2 surprises many listeners who examine its lyrics and concert themes by having a depth of interest in matters of human existence more typically found in literature, philosophy and theology.

The multi-disciplinary perspectives presented here account for the durability of U2’s art and offer informed explanations as to why many fans of popular music who seek a connection with a higher power find U2 to be a kindred spirit. This study will be of interest to scholars and students of religious studies and musicology, interested in religion and popular music, as well as religion and popular culture more broadly.

Available as a hardback and e-book from Bloomsbury and Amazon.

“U2 and the Religious Impulse provides a wide ranging, deep and thoughtful investigation of the relationships between popular music, religion and spirituality. Exploring areas such as music, lyrics, staging and cultures, the writers examine how fans navigate flows of meaning created by and beyond the band, offering considerable insight into the functions of the sacred within popular culture.” –  Rupert Till, Professor of Music, University of Huddersfield, UK

“This truly excellent collection of lively, provocative essays shows that digging into and reflecting on U2’s work is well worth the effort. Without constraining the band’s output and impact by interpreting their music in any simple, narrowly religious way, these multi-disciplinary investigations reveal U2’s importance for spirituality, theology, politics and ethics. The book provides compelling evidence of the profound significance of popular culture.” –  Clive Marsh, Head of the Vaughan Centre for Lifelong Learning, University of Leicester, UK

“The relationship of U2 and several western religions has been a topic of debate/discussion since the band’s debut album Boy, in 1980. Subsequent releases found the group consistently addressing spiritual and religious themes in an attempt to reconcile faith and ever increasing popular music stardom. Here Calhoun takes on the varied and diverse religious elements in the music of the long-lived, world-renown band. As the band, itself, culls religious influence from a host of sources, so U2 and the Religious Impulse expertly addresses these myriad sacred cues in a measured and thought-provoking volume.” –  David Moskowitz, Professor of Music History, University of South Dakota, USA

Part One: “Meet Me In The Sound”
1. “Edge, Ring Those Bells”: The Guitar and Its Spiritual Soundscapes in Early U2 (Henrik Marstal, Danish Institute of Popular Music/Rhythmic Music Conservatory, Denmark)

5. Sarajevo and the PopMart Lemon: The Fractured Form and Function of U2’s Walk Through the Valley of the Shadow of Death (Richard S. Briggs, University of Durham, UK)

6. “You Carried the Cross of My Shame”: From Crippling Stigma to Infectious Joy in the Songs of U2 (Mark Meynell, Langham Partnership, UK)

Part Three: “Escape Yourself, And Gravity”
7. The Technological Reach for the Sublime on U2’s 360° Tour (Kimi Kärki, University of Turku, Finland)

8. The “Moment of Surrender”: Medieval Mysticism in the Music of U2 (Brenda Gardenour Walter, Saint Louis College of Pharmacy, USA)

Part Four: “You Give Me Something I Can Feel”
10. “You Don’t See Me But You Will”: Jewish Thought and U2 (Naomi Dinnen, Independent Scholar, Australia)

11. “Like Faith Needs a Doubt”: U2 and the Theist / Non-Theist Dialogue (Angela Pancella, Independent Scholar, USA)

12. Finding What They’re Looking For: Evangelical Teen Fans and Their Desire for U2 to be a Christian Band (Neil R. Coulter, Center for Excellence in World Arts, USA)

13. U2 and the Art of Being Human (Mark Peters, Trinity Christian College, USA)