Mysterious Ways: U2 and Religion 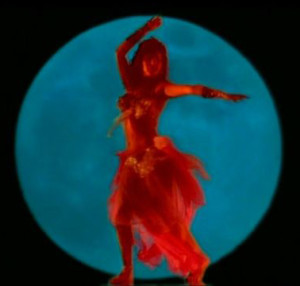 I invite proposals for chapters in an edited collection with an interdisciplinary focus on U2 and religion for Bloomsbury’s series on Religion and Popular Music. U2’s art, inclusive of its songs, videos, live concerts, concert films, graphic design, live staging and production design, performance visuals, material artifacts, and activism, has long sought to investigate and present the human experience as also a religious endeavor, with metaphysical and physical concerns, and as such U2’s art is various, extensive, and culturally engaged.

As editor, I’m especially interested in new examinations which broaden and deepen the understanding of U2’s interest in issues of religion, ethics, and spiritually informed identities and practices.

New examinations of U2 and religion might start by pursuing an unconventional line of inquiry into U2 and religion topics. For example, new examinations might start by considering U2 as comprised of artists working in an Anglo-Irish, post-colonial milieu, who, though influenced by close-to-home religious contexts and popular music traditions, sought other cultural experiences and understandings found in intersections of religion and popular music, such as in Caribbean, African-American, North African, and Arabic contexts. (The suggested relationship between Celtic Sean-nós and North African musical traditions as possibly influencing U2, for example, might complicate and enrich an understanding of religion and music in U2’s art.) New examinations might also look at how U2 has employed sectarian and nonsectarian themes to popular success with sectarian and nonsectarian audiences. New examinations might take a musicological interest in examining U2’s songs as joining or disrupting established religious musical traditions. New examinations might focus on understanding and/or critiquing fandom rhetorics and behaviors that approach U2 as a religion. Or, perhaps, new examinations might pursue how and why U2 has framed issues central to both traditional and nontraditional religions by employing or redefining language, forms, and images often identified with a specific religion.

Traditional lines of inquiry can still produce new examinations of U2 and religion of course, and are therefore most welcome.

Religion, when considering U2 for this Bloomsbury volume, should be broadly understood as meaning a system of beliefs, ceremonies, and prescriptions used for worshiping a/the transcendent divine and maintaining a connection with it, which also directs the adherent’s actions in the world.

Studies coming out of, but not limited to, interests in folk, popular, rock, classical, and sacred music traditions, as pertaining to U2, are welcome.

Studies coming out of, but not limited to, disciplinary interests in art, anthropology, cultural studies, communication studies, fan cultures, literature, material cultures, philosophy, psychology, musicology and music performance, religion, rhetorics, sociology, theater, and theology (as broadly understood), as pertaining to U2, are welcome.

Recent essay collections in U2 Studies with some essays on religious topics are Exploring U2 and U2 Above, Across, and Beyond, both edited by Scott Calhoun. Additional scholarly and bio-critical works on U2 are listed on the U2 Studies Bibliography.

A description of the Bloomsbury Studies in Religion in Popular Music series with other titles is here.

Complete proposals are due by February 1, 2016, and will include an abstract of about 400 words and a current CV, which should include institutional affiliation or independent scholar status, a record of presentations and publications, and contact details. Proposals should be sent to calhouns@cedarville.edu

Notification of acceptance for the collection will be sent by February 15, 2016.

I invite inquiries about potential chapter proposals at calhouns@cedarville.edu

U2 College Course at Nebraska Wesleyan University
Conference: Bridging Gaps: What are the media, publicists, and celebrities selling?